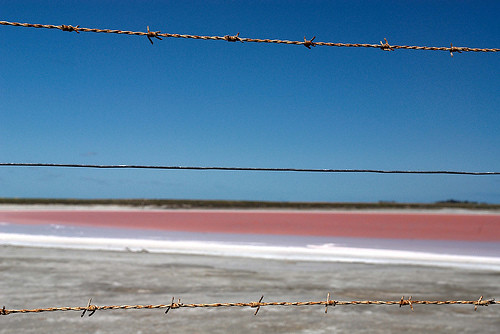 Greens Senator Sarah Hanson-Young says today’s announcement from Environment Minister Peter Garrett to delay any decision on flooding the Lower Lakes with salt water until an Environmental Impact Statement has been conducted, is another nail in the coffin for South Australia’s Lower Lakes.

Minister Garrett today confirmed that the South Australian Government will now be required to conduct an Environmental Impact Statement (EIS) before the Federal Government will approve the flooding the Lower Lakes with salt water.

“Mr. Garrett has failed to rule out salt water flooding of the Lakes, and has simply taken the bare minimum approach to his duties as Environment Minister,” said Senator Hanson-Young

“Our Lower Lakes must remain fresh.

“What they need is a guarantee from the Federal Environment Minister that the Government has not given up, and will do all it can in securing fresh water flows.

“With no announcement of a commitment to finding a non-saltwater option, it seems the Government is simply flying the white flag, and doing little to nothing to avoid what they admit is the worst case scenario.”

Senator Hanson-Young said there are other intermediate options available, before saltwater should be considered. Bioremediation, which includes the planting and mulching of exposed soils, is one way of keeping the acid sulphate soils at bay until fresh water is available.

“Flooding the Lakes with saltwater is simply giving up on our internationally significant wetlands, our Federal Environment Minister has a duty of care to ensure that the Lower Lakes do not lose their RAMSAR listing,” she said

“It is disappointing in his announcement that the Minister has not given any timeframes for when we can expect the EIS to be completed, and when thorough community consultation will commence.

“Community consultation thus far has been measly. I invite Minister Garrett to visit the Lower Lakes with me to see the environmental situation first hand, and talk with locals and experts in the area.”