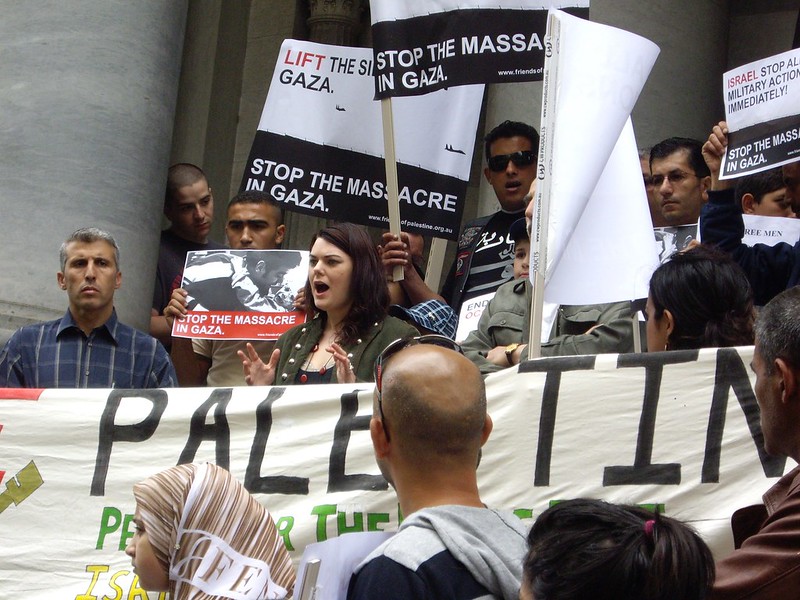 Greens Senator Sarah Hanson-Young has urgently called on the Australian Government to condemn the violent and disproportionate action by Israeli forces, in the wake of the bombing of a United Nations School on the Gaza strip.

It is estimated that more than 15,000 Palestinians have fled from their homes in fear, seeking refuge in the UN's 23 Gaza schools.

“It is utterly abhorrent that a United Nations sponsored school was bombed, despite the UN providing the Israeli military with the GPS coordinates for all its facilities,” said Greens Senator Sarah Hanson-Young.

“No child should ever be used as a weapon of war, nor should they be subjected to violence and forced to flee their homes in fear.

Senator Hanson-Young said that with more than 600 Palestinian civilians killed thus far, the effect this conflict has had on children has reached crisis point.

“They are under enormous stress, and suffering severe trauma, some are in such a state of shock that they are unable to cry,” she said.

“This humanitarian crisis in Gaza is deepening as every hour passes.  The international community must come together and criticise the increased violence in the region from both sides, including threats from Hamas to target Israeli children in retaliation, and promote the need for an urgent international peace operation.

“It is time for the Rudd Government to urgently place on record Australia's objection and condemnation of the bombing of innocent Palestinian civilians in the Gaza strip by Israeli forces, and call for an end to all violence in the region immediately.”