Tonight, we're both marching with Adam Bandt, Lee Rhiannon, Cate Faehrmann, Jeremy Buckingham and many other Greens in the Mardi Gras for full equality for lesbian, gay, bisexual, transgender and intersex people in Australia.

Will you join us in launching our new campaign? 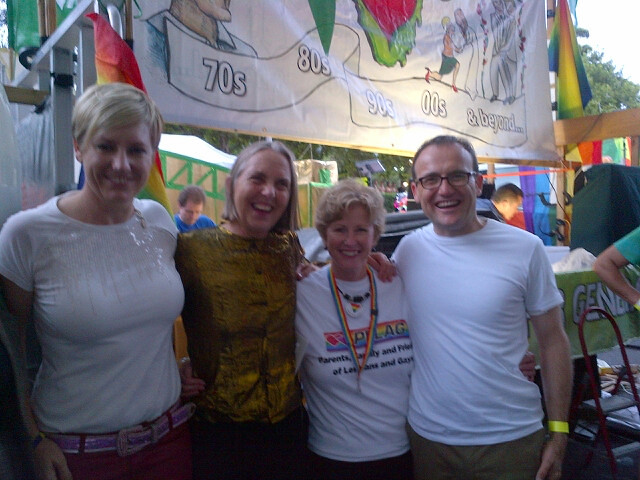 For us, it's a personal fight. Christine is marching in the Mardi Gras for the first time tonight with her son Tomand the Parents and Friends of Lesbians and Gays, to send a message to all mums and dads that it is important to embrace your children regardless of their sexuality. The first Bill that Sarah introduced as a Senator was for marriage equality, and she's been working hard to see it happen ever since.

Every day that loving couples are denied the right to marry and to full equality before the law is a day too many.

We're launching a new campaign today: same sex couples have started to send us photos to be presented in two special albums to the Prime Minister and Leader of the Opposition.

Join us in a new campaign to show the old parties that the time has long since come for marriage equality.

We've come so far. The movement for equality has been fighting for a long time, with Greens there from the start.

It was Christine's Bill that decriminalised homosexuality in Tasmania in 1997 after she, together with Bob Brown, was elected on a platform of gay law reform in 1989. It was a long and hard campaign with so many courageous community activists to end that state's regressive laws. Now, Tasmania has some of the country's most progressive equality laws, and our state Green colleagues there have passed marriage equality legislation through the House of Assembly.

Since Sarah was elected, and with Adam's presence in the House of Representatives, the Green team has moved to within an inch of marriage equality becoming a reality - and we're proud to be the party that voted 100% for equality last year, when neither of the old parties were willing to do the same.

Just last week we had a win on anti-discrimination laws, with our fellow Senator Penny Wright being part of a Senate committee that recommended an end to exemptions that deny LGBTI Australians equality in the workplace, in school and in care.

The fight for equality is all over the news. Will you help us spread the word about our new campaign on this vital day?

P.S. If you want to send us your photos to include in the albums for the Prime Minister and the Opposition Leader,please do so right here. We promise to treat them with care.