Senator Hanson-Young is seeking an energetic person to join her team Media Adviser. The Media Adviser will be the primary contact for journalists and will respond to interview requests, provide briefings for the Senator, write media releases, organise press conferences, and monitor the media. The Media Adviser will also work closely with the Campaigns and Communications Manager to ensure strategic and effective day-to-day communications and preparation of materials for publication.

Senator Sarah Hanson-Young has today been chosen as the Australian Greens' lead candidate for the South Australian in the 2013 election and will continue being a strong, progressive, local voice in the fight against the Abbott Coalition.

"I am humbled and honoured that my fellow Greens members have selected me as their lead candidate here today in Adelaide," Sen. Hanson-Young said. 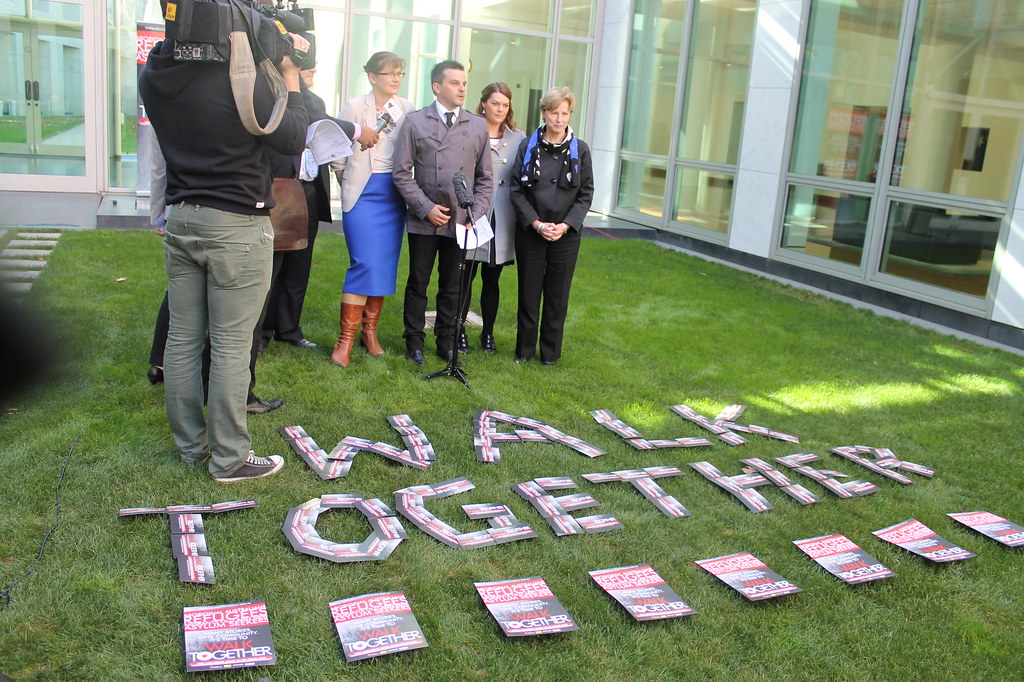 The Greens have today announced they will move for a Senate inquiry into the Murray Darling Basin Authority's draft plan when Parliament resumes next week so parliamentarians can scrutinise what is being proposed.

"We want an answer to the basic question why did the MDBA choose 2,750 GL when the science says the river system needs at least 4,000 GL," Greens' water spokesperson, Sen. Sarah Hanson-Young, said.

"The basin authority has yet to justify that figure.

The Australian Greens have today called on the Gillard government to release legal advice on whether the Murray Darling Basin Authority's draft plan complies with the Commonwealth Water Act.

"As the MDBA head today confirmed in a Senate estimates committee hearing that legal advice was done, now is the time for the government to let Australians see it," Greens' water spokesperson, Sen. Sarah Hanson-Young, said.

"They clearly have the legal advice on the draft plan, despite last week declining to release it when I questioned the government about its existence.

The $1 billion Australian taxpayers are spending on private company Serco's detention centre contract would be better off going toward a public denticare scheme, the Australian Greens said today.

"Letting detainees live in the community after initial health and security checks while their protection claims are assessed is 90 percent cheaper and 100 percent fairer compared to a detention centre," Greens' immigration spokesperson, Sen. Sarah Hanson-Young, said.

The Gillard government should heed the advice of the Wentworth Group's report into the Murray Darling Basin Authority's draft plan and commit to having the flawed science corrected. The government must ensure the parliament is given a legal and credible plan that will deliver a healthy, working river and is environmentally sound, the Australian Greens said today.

The sight of the two big parties exchanging and releasing letters on Tuesday was a performance that gave little hope for a sensible, humane or long-term response to the complex humanitarian issue of asylum seekers.

Australia receives around 2% of asylum applications to industrialised nations - over six months we receive equivalent numbers of unauthorised arrivals that Italy receives in one weekend. Yet political consideration of asylum policy is so warped our leaders were reduced to bickering like note-passing schoolchildren.

Australia is moving to tackle climate change. Multi-party negotiations, begun by the Greens, delivered a carbon price on major polluters that will cut pollution and make clean energy cheaper. We’ve also secured over $10 billion in renewable energy investment, protection of biodiversity, a review of fossil fuel subsidies and much more.

The first Greens’ bill to ever pass Parliament means that residents in the ACT and Northern Territory can no longer have their laws struck down at the stroke of a Minister’s pen.